The founders of the Woobles, Justine Tiu and Adrian Zhang – Photo courtesy of Shoott

Hook at a time. Thanks to viral trends like Harry Styles’ patchwork cardigan, Tik Tok bumblebee, and Bernie crochet (not to mention the handmade mittens he wore when President Biden was inaugurated), craftsmanship is cool again. And, with so much time spent at home, more people than ever have had the time to give it a try. 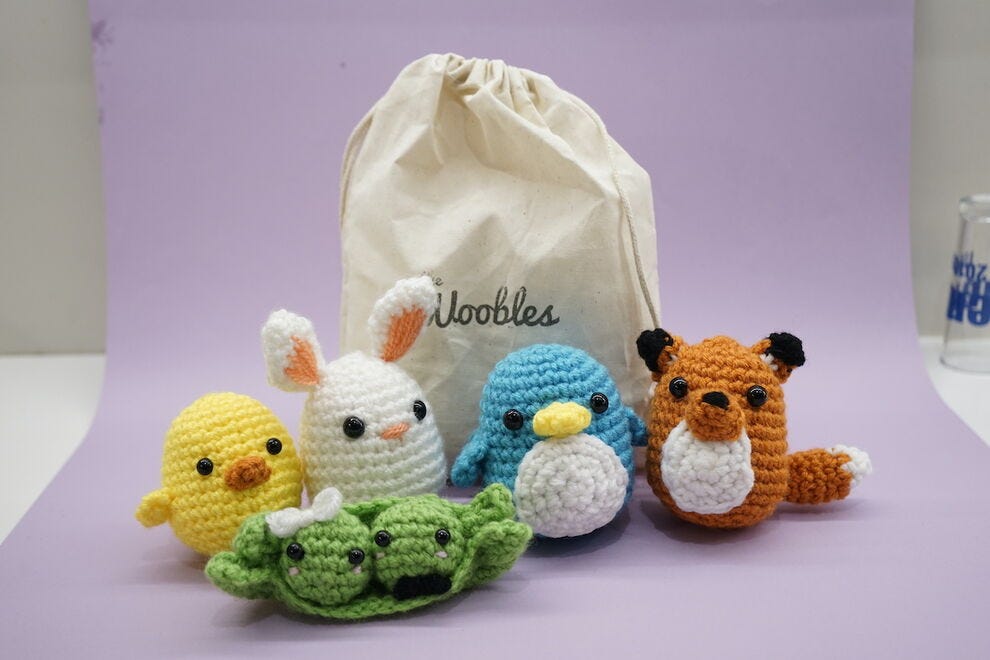 How cute are these Woobles? – Photo courtesy of The Woobles

“I’m over 40 and, without exaggerating, I will say that I have been trying to learn to crochet my whole life,” a fan wrote to the couple. “My grandmother tried to teach me when I was ten, but I couldn’t. Every now and then I have picked up books / models claiming to be perfect for beginners. No chance. However, the two kits I bought from you taught me so much. Thank you!”

So how, after more than two centuries of crochet status quo, did the Woobles manage to disrupt the industry and change the learning curve?

“We’ve always focused more on education than crochet,” says Tiu. “We really wanted to teach people something, and crochet was a great option because 1) it’s something people expect they can only learn in person and 2) you just need to master a few basics to be able to do a wide variety of things. 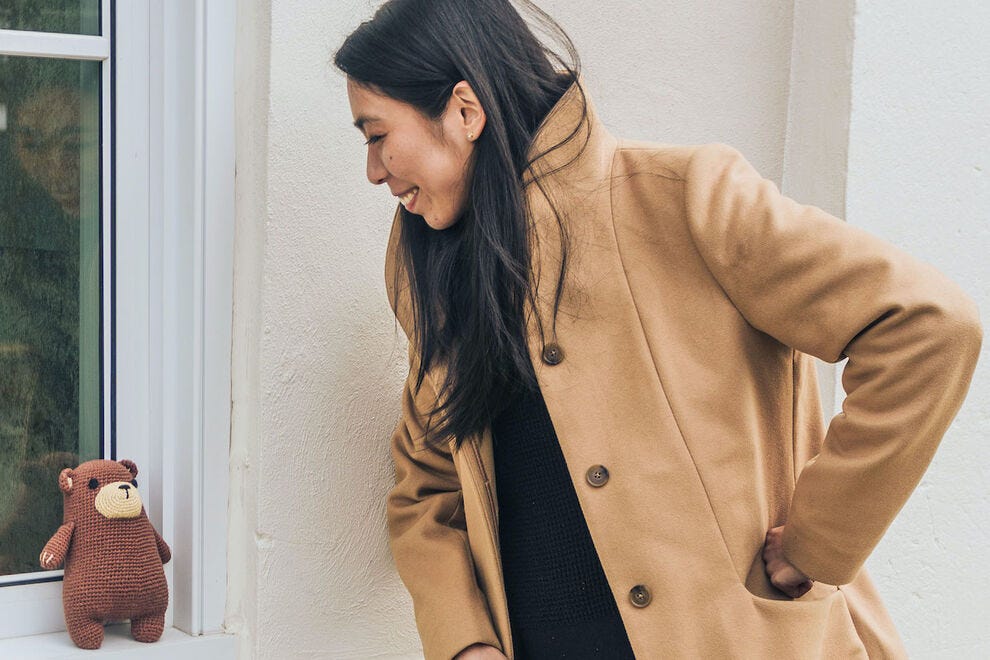 Justine with Fitzherbert the Bear – Photo courtesy of Shoott

Tiu and Zhang – college sweethearts who recently married – both have extensive backgrounds in education: she led UX design at Google for educational products like Google Classroom and Expeditions, and he has been a director at Deutsche Bank and tutor at Henry Street Settlement.

“We were inspired to start The Woobles because of a woman named Emily,” recalls Tiu. “She had been trying to learn to crochet for years but couldn’t do it because she was ‘too old’, ‘not co-ordinated enough’, ‘not smart’ and ‘not smart enough.’ I offered to ask her to teach her and, after an hour together, she got the hang of it. She spoke louder, straightened up and couldn’t help but smile. It was like she was becoming a new person.

According to Tiu, “It wasn’t specifically the hook that changed the way Emily saw herself. It’s because learning to crochet showed her that she still had the ability to learn. The experience had such an impact on her that it changed the way she behaved outside of the skill of crochet. Seeing her transform is what made us want to boost the self-confidence of others.

Although Tiu crocheted for about five years before founding The Woobles in the summer of 2020, Zhang learned on the job with a Woobles crochet kit. 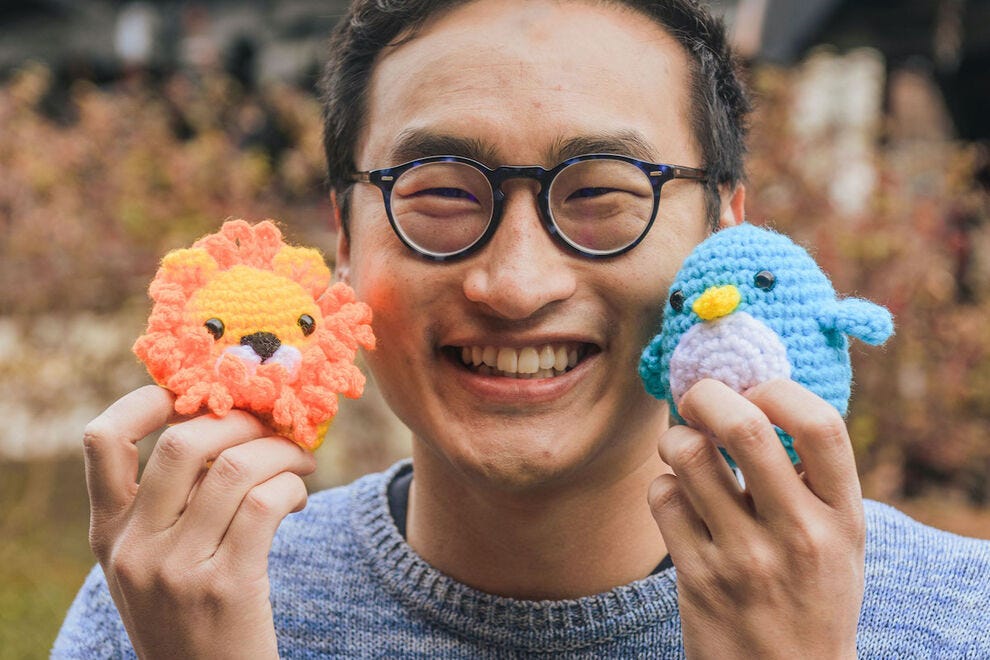 “We start each project beforehand so that learners can master the basics before trying higher-level skills,” he explains. “Starting a crochet project is one of the trickiest things to do – to the point that it might deter a complete beginner. We’ve set it up in an unravelable way, creating a safe space to fail. If a learner makes a mistake and has to start over from the beginning, it’s less intimidating.

Further, adds Tiu, “Pre-starting the play also creates the endowed progression effect, which means providing a head start to encourage someone to achieve a goal. This is why customer loyalty cards usually come with at least one free stamp.

Loyalty is something the Woobles have been humbled to earn over the past year or so. “We thought that once people had successfully learned from a kit, they would leave us,” Tiu admits. “But we were surprised that every time we released a new kit, we actually struggled to keep up with demand. We sold out the Nico the Cat kit in less than a day when our email subscribers bought all of our stock before it was released to the general public.

Each kit – which beginners typically complete in three to eight hours – comes with all the tools you need to create your plush plus a step-by-step video guide. There are right-handed and left-handed versions for everyone, and Tiu and Zhang even provide unlimited help via email and virtual crochet office hours. 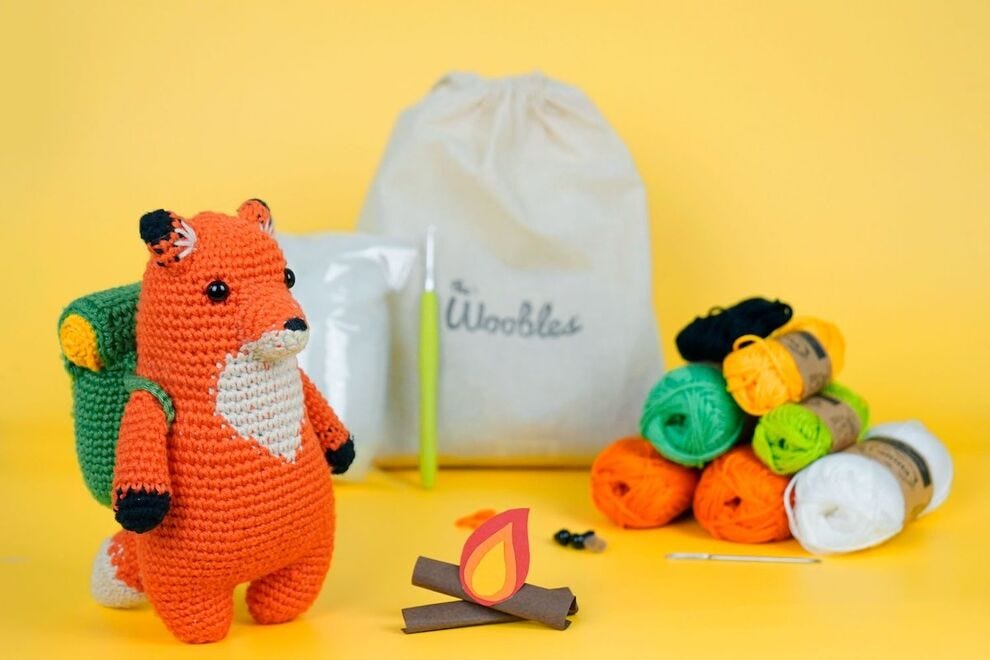 “One of the main things we think about is how to reduce cognitive load,” says Zhang. “We divide the learning process into several tiny steps because we know people learn best when they are given small pieces of information at a time. “

Over the past year, The Woobles has taught over 60,000 people how to crochet, and the business has grown from zero to seven digits. They even ran virtual team bonding events for clients like Google, Twitter, and Tufts University.

“Our goal is to teach people the skills of crochet, not just the ability to crochet a specific Wooble,” says Tiu. “Our kits show how to read patterns so people can choose any crochet pattern. We also have a bunch of free tutorials on our website for advancing crochet skills outside of kits.

Many customers of The Woobles have opened Instagram accounts to show off their crochet designs and some have even opened Etsy shops.

On their way to the future, Tiu and Zhang prepare their first batch of kits ready to be sold in stores. They are also showcasing what they call ‘the most beginner-friendly yarn’ and testing an even easier way to teach crochet technology.

“We finally want to expand into teaching a whole host of physical skills,” said Zhang. “But, first of all, we want to become the resource for all things crochet.”